The future of hard drive storage is coming, what will it mean for the cloud?

By now, most of us have made the jump from mechanical hard drives to solid state drives, and if you haven’t you really should. Faster loading times, less prone to drive failure, and greater bandwidth are just a few of the benefits. Once you switch, you’ll wonder how you ever went so long on mechanical drives.

But what’s next? There have been fantastical talks of data stored in DNA, which is not so much aimed at consumers (especially not when it currently costs $7,000 to synthesize just 2 MBs of data) but at the Data Capacity Gap. The data capacity gap is a crisis in which the world may run out of data, I know this sounds far fetched but nothing in life is infinite… and this includes our data.

If you’re wondering how this could be possible just take a look at these worldwide data statistics:

That’s a lot of data, and with all that data comes a need to store it. The main limitation to storing an endless supply of data currently? Chip grade silicon. We don’t want to bore you with the science but there’s an extreme limitation to creating what’s needed to make both data storage and a lot of other components our computers currently use. Including many rare earth elements. 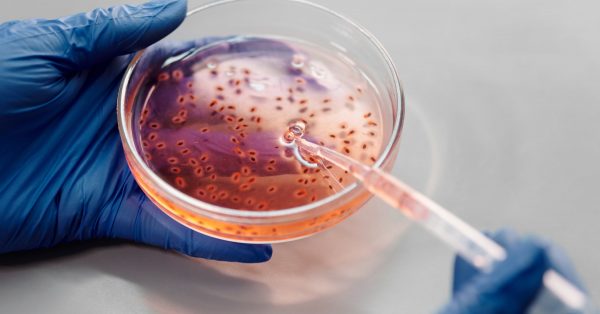 Also just one more tidbit about DNA storage, it’s theorized it could eventually store all the world’s data in one room.

It’s clear more innovations are needing to keep up with the demands of our online lifestyles, so what is on the horizon for consumers?

Storage capacity on conventional drives has grown leaps and bounds since the first hard drive was created by IBM in 1956.

This hard drive, which was shipped with the RAMAC 305 system, was the size of two refrigerators and weighed about a ton. It held 5MB of data, at a cost of $10,000 per megabyte. That makes the $3,500 per MB DNA storage sound like a bargain!

Now in 2020, 18 and 20TB hard drives are being produced by Seagate, and yes that’s terabyte not gigabyte. While these are aimed at data centers the capacity for storage it's very clear data storage has increased exponentially since the 1950’s.

These heat-assisted magnetic recording (HAMR) drives are still mechanical, so as we mentioned at the beginning you would still want to use SSD (Solid State Drives) for your main computing, but it does pose an interesting dilemma in the world of storing your own data.

At Valley Techlogic, we’re big proponents of the cloud and the safety it presents to our customers. Even with high capacity storage available there are still limitations posed by storing your data yourself, such as the aforementioned drive failure or even your office being subject to a theft or natural disaster.

However, we don’t believe anything has to be all or nothing. With a competent IT team behind you there are some real benefits to storing your own data, including having immediate access to your data and a faster recovery time for computers in your office.

In a time when data capacity is still growing and choices are out there, we think the smart choice for most offices is BOTH onsite storage and cloud storage.

Looking for IT Services in Fresno, Modesto, Stockton, Ceres, Atwater, Merced, Visalia or Lodi? We cover all these areas and more!