Yesterday if you were trying to login to Facebook, Instagram, WhatsApp or even Oculus VR you wouldn’t have had much luck. Facebook experienced their worst outage since 2008 (when a bug caused the site to be down for an entire day). They were down for just over 6 hours as a world that suddenly found themselves with more time on their hands speculated why.

For a brief period, the domain Facebook.com was even for sale if you performed a search for the domain on a domain name search website.

While many thought it could be an attack on their networks, such as what’s been happening in the VoIP sector lately, others speculated the outage was related to the fire Facebook has been under lately for their business practices.

On Sunday, Facebook whistleblower Frances Haugen - a former Facebook project manager - went public on how Facebooks policies prioritize profits over their user’s wellbeing. She was the person responsible for the massive data dump that showed Facebook’s algorithms even optimize for hate speech. She noted these problems also exist at Google and Pinterest, other companies she’s performed similar duties for, but that the problem is much worst at Facebook. 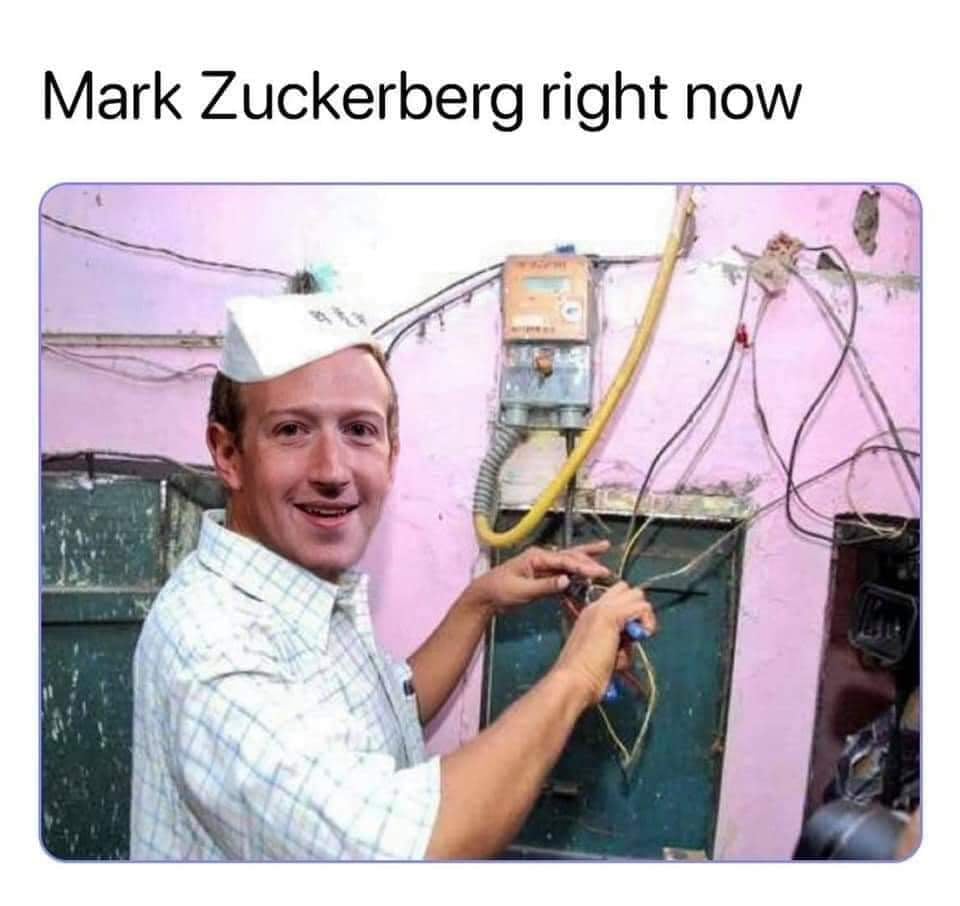 There have been no shortage of memes taking shots at Facebook founder Mark Zuckerberg following the outage.

Hearings begin this week analyzing the whistleblower findings, particularly as they relate to children on these sites. Amid the controversy Facebook has shelved plans for an Instagram Kids app, though Facebook claims the delay is so they can better analyze the needs of children and parents before moving forward with the app.

The main crux of the case has to do with both the deluge of data and how major players such as Facebook (and likely beyond) serve that data to their users. It’s a tricky situation because you don’t want to stifle free speech but promoting hate speech and negative imagery, especially to vulnerable audiences such as children, is also wrong.

There is so much more to the case then we can get to here but suffice to say hearings such as these play an important role in how we as a society consume and regulate data.

Back to the topic at hand though, after being down for 6 hours Facebook finally emerged although they did so with little in the way of answers as to why their domains were down to the first place. They’ve issued an apology for the outage but beyond that silence.

Experts who have weighed in speculate the issue had to do with Facebooks DNS (Domain Name System), and anonymous comments that have surfaced from employees said they don’t think the downtime was caused by an attack.

Some reports have even said during the outage functions inside Facebook offices ground to a halt, with some employees being unable to even use their keycards which could have also contributed to the lengthy delay in fixing the problem.

Outages such as these should cause even smaller businesses to take a hard look at their technology practices. If Facebook, with the resources they have available, can be brought to a standstill for hours over potentially a small issue such as DNS how would your business fare when faced with a similar issue?

Downtime adds up, but it doesn’t have to. Having a partner in technology like Valley Techlogic is the number one way your business can avoid the hassle, expense, and embarrassment of lengthy downtime. Find out more today.